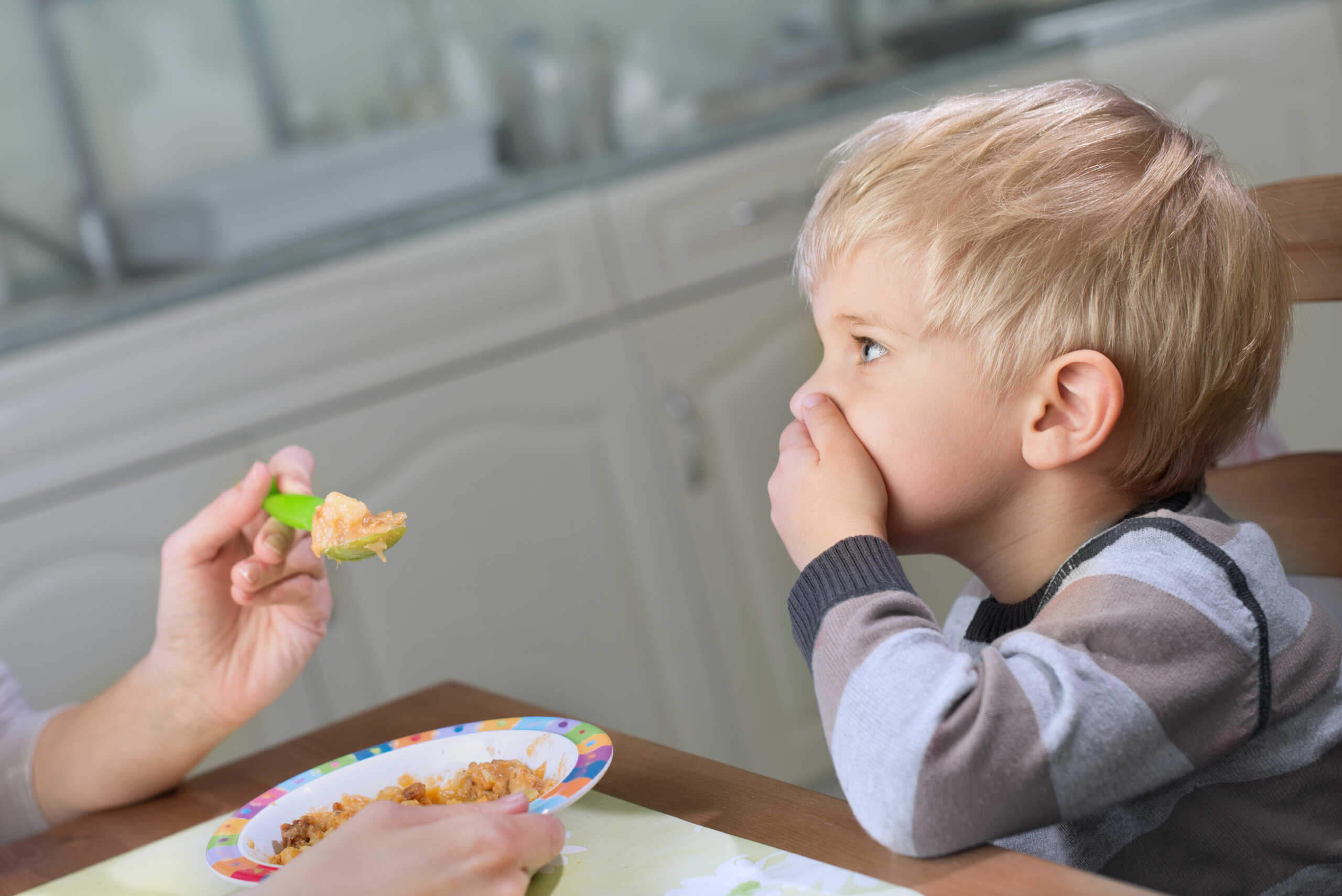 Mealtimes are awash in rich sensory experiences, with an array of smells, temperatures, textures, sounds, tastes and interactions. Most people enjoy mealtimes and sharing these experiences with loved ones. But our ABA therapists recognize that for children on the autism spectrum, mealtimes can present significant sensory challenges, leading to stress, sensory overload and meltdowns. Difficulties with communication can pose additional challenges for everyone.

Of course, it’s not uncommon for any child to be picky at times, but kids on the autism spectrum may be highly sensitive not just to something’s flavor, but its texture, shape, smell and color. They may have a strong preference for a very small selection of foods, and might even have an overwhelming need to eat those same foods on the same plate or in the same place at each meal.

You may notice that people with autism sometimes develop their own strategies to limit their sensory input during mealtimes. They may become:

We all have our food preferences, of course, but these can become highly exaggerated for someone on the autism spectrum (and approximately 90 percent of children with autism have feeding problems of some kind or another). It’s exacerbated by the communication difficulties many people with autism experience, so they have trouble saying what it is they like/don’t like about certain foods, which can lead to major meltdowns.

Research indicates that many people on the autism spectrum strongly prefer processed foods and carbohydrates, and will adamantly reject vegetables and fruits. We often see:

These kids of eating patterns can lead to excessive weight gain and/or nutritional deficiencies.

And although most parents understand their kids aren’t trying to be difficult, it can be no less frustrating, especially when all you’re trying to do is make sure your child is getting a nutritional, well-balanced diet. Still, our Akron ABA therapists would encourage parents to refrain from forcing your child to eat something they hate or upend their eating patterns. The problem is this doesn’t each them to eat and enjoy meals, but rather creates added stress to a situation that is already stressful.

Applied behavior analysis (ABA) has a strong track record of success in encouraging appropriate behaviors and extinguishing inappropriate behaviors of children on the autism spectrum and other disorders. It’s not frequently used to address feeding issues with these same kids.

We recognize that a child with a feeing disorder isn’t simply “a picky eater.” Pediatric feeding disorders may be diagnosed if they are found to be severe, persistent and inhibiting physical growth/normal development. Some children with autism aren’t specifically diagnosed with this, but they may still have it, and we can help treat it based on the symptoms.

Selective refusal of foods/fluids can be rooted in biological issues (and we can’t ignore issues like allergies, reflux, oral motor difficulties and constipation/diarrhea), but it’s ultimately a behavior. Addressing behavior is what we do.

As ABA therapists, we work to figure out what’s causing the mealtime problem behaviors, starting with a functional assessment. We’ll look at the positive and negative reinforcements that might be impacting the child’s behavior. For example, a mealtime tantrum over an undesired food may be reinforced (negatively) when the parent removes that food from the plate. It could also be reinforced (positively) if it is replaced with desired food. In either case, the child has learned that throwing a tantrum is functionally useful for a desired outcome. Our goal is going to be rewarding/encouraging positive behaviors and extinguishing those that are unexpected.

We’ll observe the child and then draw up a behavior intervention plan following the basic “ABC technique” (studying the antecedent, behavior and consequence). With specific regard to eating and feeding interventions, we’ll incorporate:

We might also create visual schedules with meal planners so kids have an opportunity to prepare themselves for the transition into and out of mealtimes, as well as for the actual substance of the meal.

Ultimately, we want kids to have a positive relationship with healthy foods and develop good eating habits. Getting to this end result will take time, but our Akron ABA therapists are dedicated to your child’s success!

Practical Strategies for Feeding Aversions in Children with Autism, Center for Autism and Related Disabilities, University of South Florida