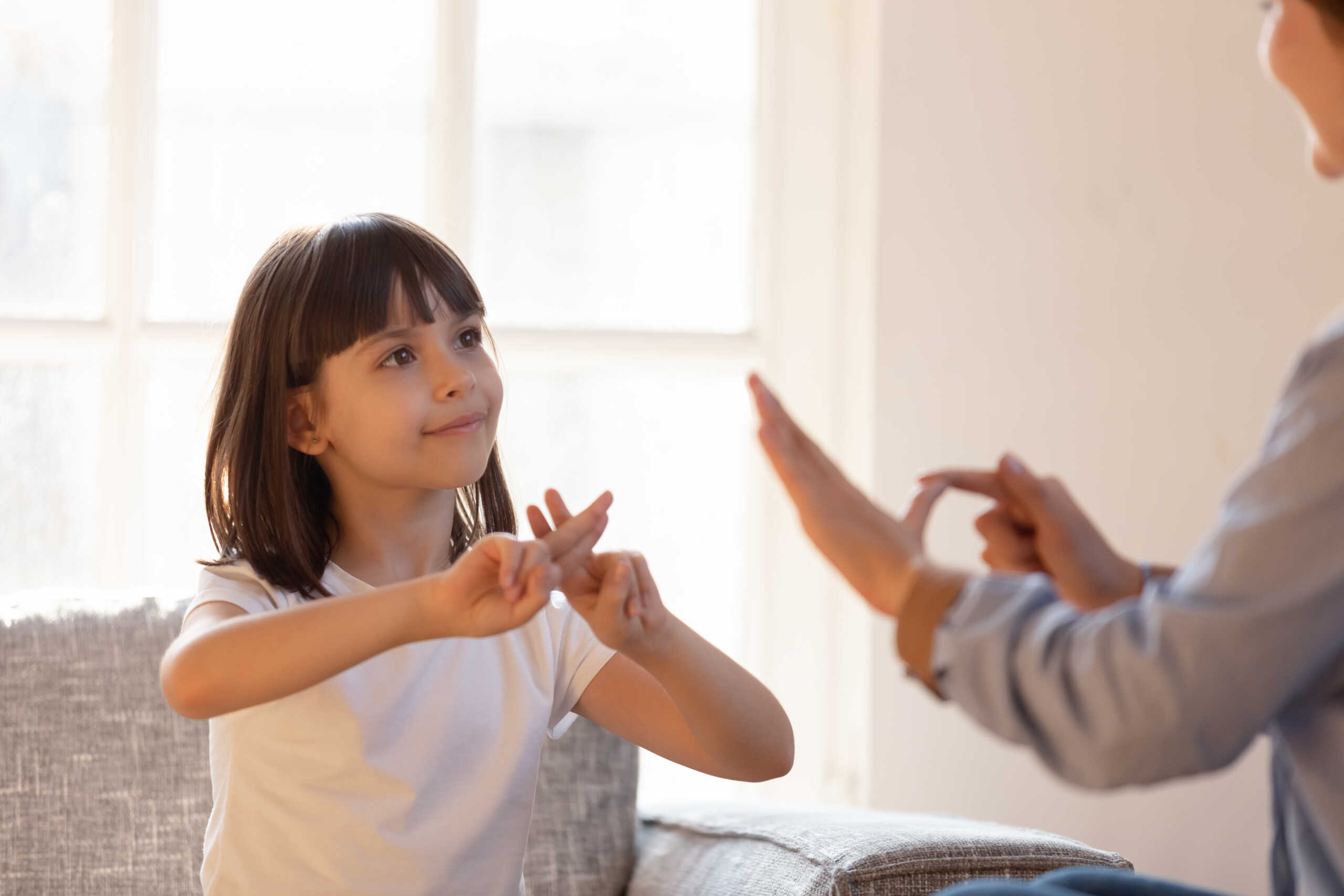 Sign language isn’t just for the hearing impaired. Many children with speech and language disorders who struggle to express themselves can be taught non-verbal forms of communication. As our Akron speech therapists can explain, this can help kickstart the development of verbal language and help ease their frustrations. For some kids, we’ll use sign language alone, but it can also be used in conjunction with tools like picture cards or electronic devices to further encourage engagement.

Recently, a new study published in the journal Developmental Science revealed that babies as young as 5-months0old can be influenced by sign language. Researchers used a gaze-tracking technology on two groups of infants between the ages of 5 and 14 months and children between the ages of 2 and 8 years. All were confirmed to have normal hearing. About half had parents who used American Sign Language at home and the other half had no exposure to it.

Infants who came from homes where ASL was used looked mostly at the adult’s face, barely registering the hand movements. Kids who were newly exposed to sign language still preferred the face, but watched the hand movements as well.

Previous research has shown that the use of finger spelling and signs accommodates a broad range of learning styles. There is verbal linguistic (the ability to learn using language), kinesthetic (absorb information by doing and active engagement, rather than seeing or listening) and interpersonal (learn best through communication with others). American Sign Language allows one to take in information through seeing, hearing, engaging and moving – meaning all types of learnings can benefit.

Babies as young as eight months can be taught to sign single words and imitate certain gestures. By age 2, kids can sign compound words and full sentences. Many preschools have started teaching their students sign language.

Long-term benefits of teaching sign language to infants and young children include:

Psychological benefits may include improved confidence and self-esteem. Even kids who can speak may find sign language incredibly useful when they’re too frustrated, shy or upset to speak clearly.

Typically, kids begin saying their first words around age 1. For a child whose speech is delayed, a speech-language pathologist may teach some functional signs as a way to stimulate communication. We can then later transition into pairing these signs with speech approximations and ultimately, depending on the child’s abilities, encourage the child to use speech alone.

Typically, children start saying their first words around 1-year- old. If a child is a “late talker”, a speech-language pathologist may teach some functional signs as a way to encourage communication, which he/she can later transition into pairing with speech approximations and then move to speech alone (depending on the child’s abilities).

If you have questions about whether sign language may help your child with speech and language development, our Akron speech therapists can help.